CMMC Audit Preparation > Latest CMMC news > What is FCI in CMMC and how does it affect scope? 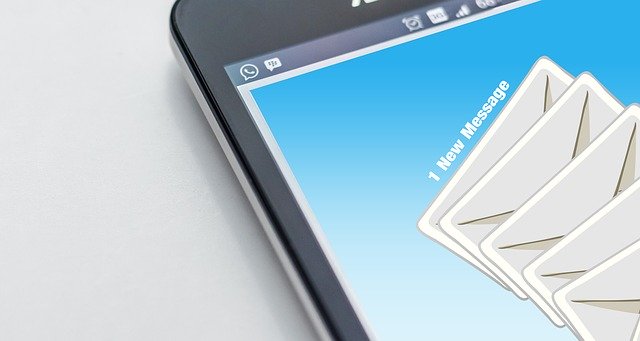 The Cybersecurity Maturity Model Certification references “FCI”.   What is this abbreviation?

More information that clarifies that FCI is less sensitive than CUI: Archives.gov blog What is the difference between FCI and CUI?

Analysis of term FCI in the CMMC

FCI is a much broader dataset than CUI (Controlled Unclassified Information), but it affects audit scope and security implementations very similarly to CUI.

In the CMMC, FCI is primarily discussed in the Level 1 section.  This makes me think that it is used as a justification and scope identifier for Level 1 and probably Level 2 audits.

FCI has been introduced to close a logic gap related to the scope of the CMMC audit.

For organizations with CUI, the scope of CMMC Level 3 audit is limited by computer systems that could access or transmit the CUI.  With the CMMC applying to ALL DOD Contractors, we have a huge question about what the scope of audit should be.  Is it the entire contractor’s computer systems for all customers?  Is there any way to reduce scope?  Until the introduction of FCI, auditors and compliance experts could not identify scope.

By defining FCI as the data being protected by Level 1 and Level 2 CMMC, the scope of audit is clarified for the lower levels.

What systems does the CMMC level 1 and level 2 audit apply to?

Let’s go back to that quote about what FCI is.  “It is provided by or generated by for the Government under a contract to develop or deliver a product or service to the Government. “

Or to say it a different way (my emphasis).  Information from the Government provided under a contract.

To me, this means that contractors don’t have FCI until after a contract has been awarded.  It could possibly be interpreted to include data provided during the bidding process, but that data is also provided to the public.

If your company has a current DOD contract,  then I would expect to see FCI in the following systems:

These systems in your company probably have FCI and should start to identify scope for CMMC level 1 and level 2 audit.

In addition to FCI systems, the CMMC Accreditation Body has clarified that assessment scope includes other systems which are on the same network as your FCI. The idea is that if your file server has FCI, and you put a severely vulnerable Windows XP workstation in the same network, an attacker could exploit your Windows XP workstation then move from there to attack your file server.

What about secondary FCI data?  When the content is originally from the government, but it has been restated internally?

For example, Joe from the government requests a widget named “wind deflector” with dimensions of 4×8″.  This email is labeled “FCI”.   Joe sends this request via email to Mark the contractor.   Mark takes this information, creates a CAD file with the new dimensions, and saves it to the work queue for the assembler.

Is the CAD file created by Mark considered FCI?

I think yes, but  I haven’t seen full clarification of the concept in CMMC yet.  We can try to use CUI or other federal sensitivity tags such as Confidential and Secret as a precedent.  The classification of a document follows the content included in it, not to who wrote it.

The CMMC Accreditation Body has clarified that a prime with multiple subcontractors working on the same project should ensure that FCI is only provided to contractors that have a CMMC level 1 certification or better. If a contractor lacks CMMC certification, they should only provide COTS products to the project or have an arrangement to utilize a certified network to view FCI data.

Does this mean that different scopes of information systems are audited at level 1, 2, 3, 4, and 5?

I haven’t seen official guidance about multiple audits of the same organization, but it makes sense.  Here is an example of what I think could happen.

Scope for CMMC Level 1 and 2: All corporate information systems including HR, general email, accounting.  There is FCI on these systems, but no CUI.

Scope for CMMC Level 3 and 4: A closed network of highly secure systems used only for the facilities maintenance contract and the weapons systems contract.  There is CUI on these systems.

What to audit if your company doesn’t have a contract yet?

This is still an unknown.  For companies that need to get certified because they want to bid on an RFP that requires the CMMC, I haven’t seen any official guidance.

It makes the most sense for a company to identify the scope of network that would process FCI if they won the contract. This could be a completely separate set of systems, just for that contract, or it could be their existing corporate network.

Cyber-security is an allowable cost?

I’m looking forward to seeing how the CMMC develops!.  If you have thoughts or know something I don’t, please comment!

V. Amira Armond (CISSP, CISA, PMP, MBA) is a computer systems architect, cyber-security consultant, and owner of Kieri Solutions LLC. She specializes in CMMC preparation and DFARS 252.204-7012 compliance, and designing secure and resilient enterprise systems for private sector and the DoD. She is the chief editor for cmmcaudit.org, a non-sales website that provides news and informational articles about the Cybersecurity Maturity Model Certification.

7 thoughts on “What is FCI in CMMC and how does it affect scope?”

Subscribe for:
- Breaking news
- In-depth analysis of requirements
- How to become an auditor

Index of all articles